In a city of monuments and murals, Colleen felt there was a tremendous lack of acknowledgment of the contributions made by women and especially women of color.  Colleen really wanted to raise up these too often "hidden figures." Happily, Maggie L. Walker has finally gotten her monument but Colleen felt strongly she needed a mural also! Colleen worked with students at the Maggie L. Walker Governor's School for Government and International Studies in Richmond along with alumni of the original Maggie L. Walker High School (opened in 1938 as the second segregated high school for African American students).  This project aimed to bring people together to raise awareness of the many accomplishments of Maggie L. Walker. She began her career as a teacher and went on to become the first woman to charter a bank!. She published a newspaper essential to the early civil rights activism and opened up the Emporium, a department store in reaction to discrimination against her African American community. Over 125 participants took part in a survey about the contents of the mural.  Art students helped with research and created thumbnails.  Colleen used these inputs to create possible design options. A mural committee approved a final design. Paint parties began in March, during Women's History Month. Over 325 people helped to paint the final mural. Installation was completed on May 10th.  Dr. Johnny Mickens III, the great-grandson of Maggie L. Walker and his family attended the initial celebration of the mural held on May 18th.  In October of 2019, new educational signage was unveiled and the mural was celebrated by all members of the Maggie L. Walker school community! 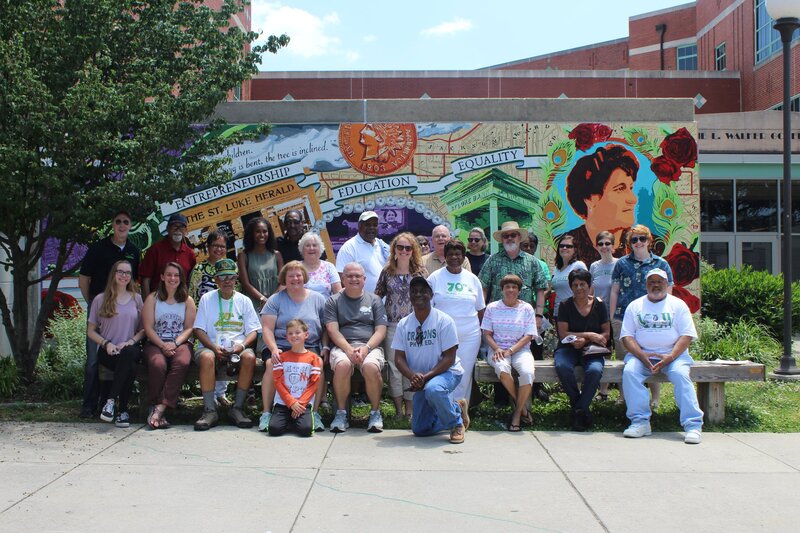 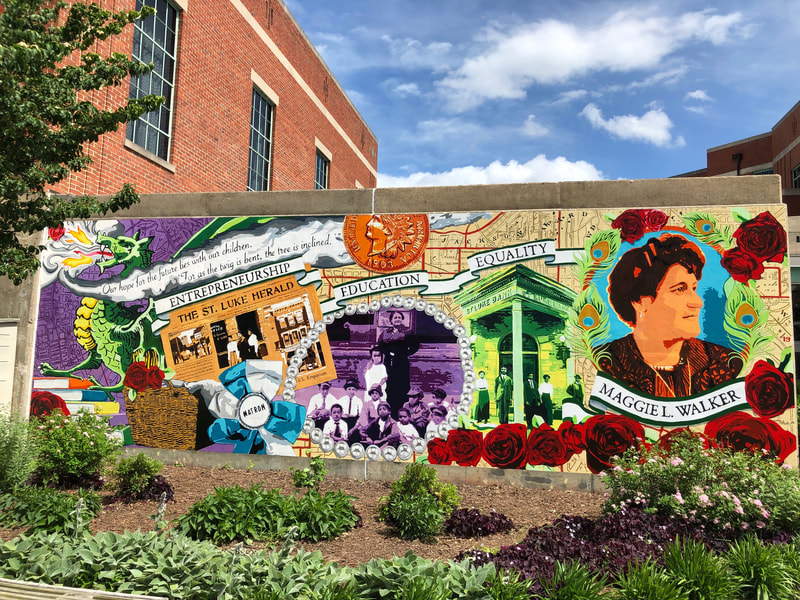 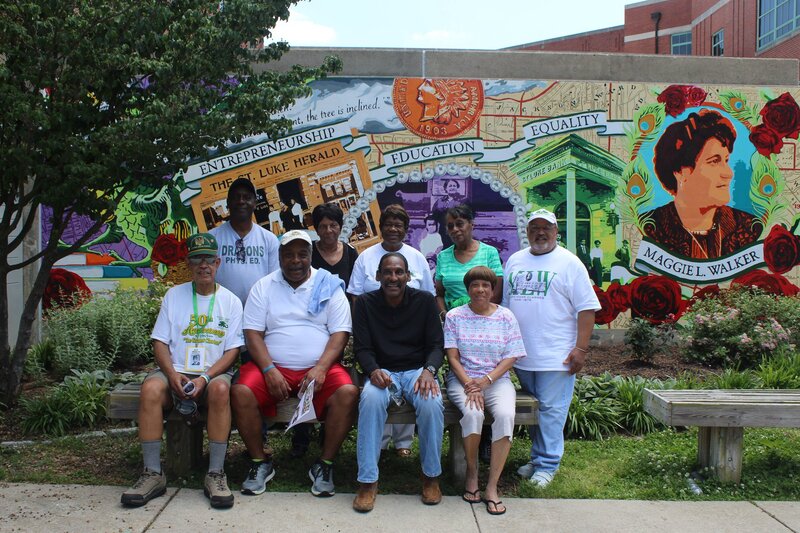 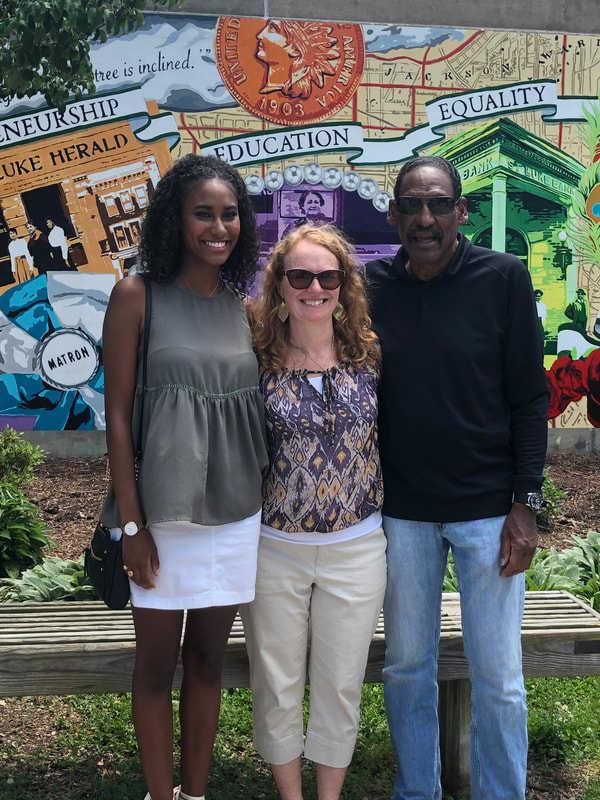 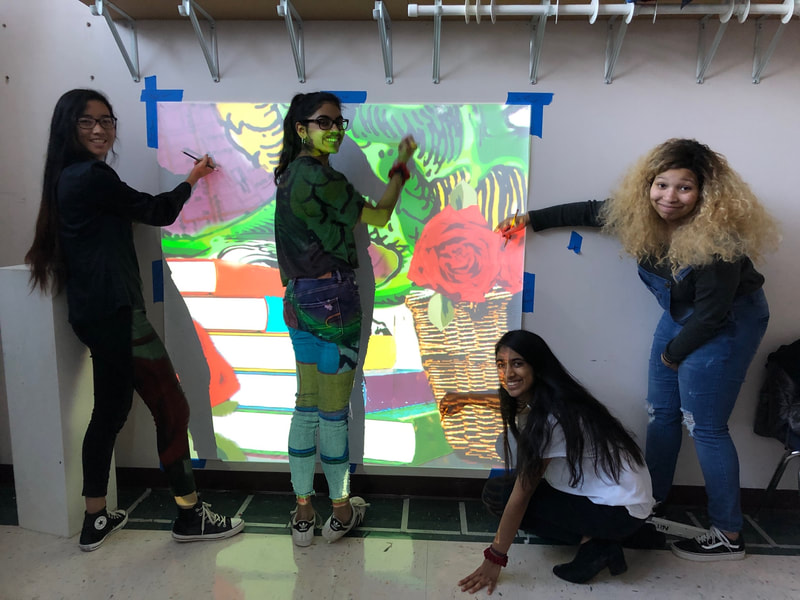 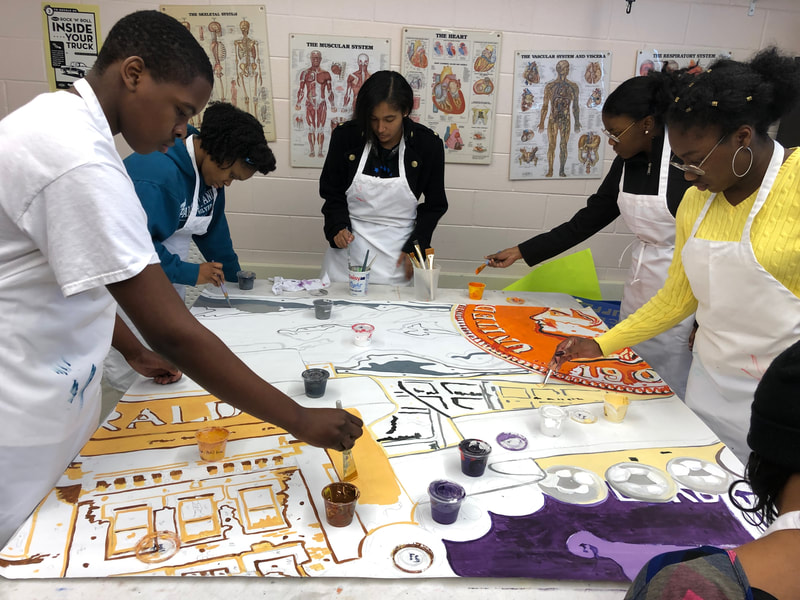 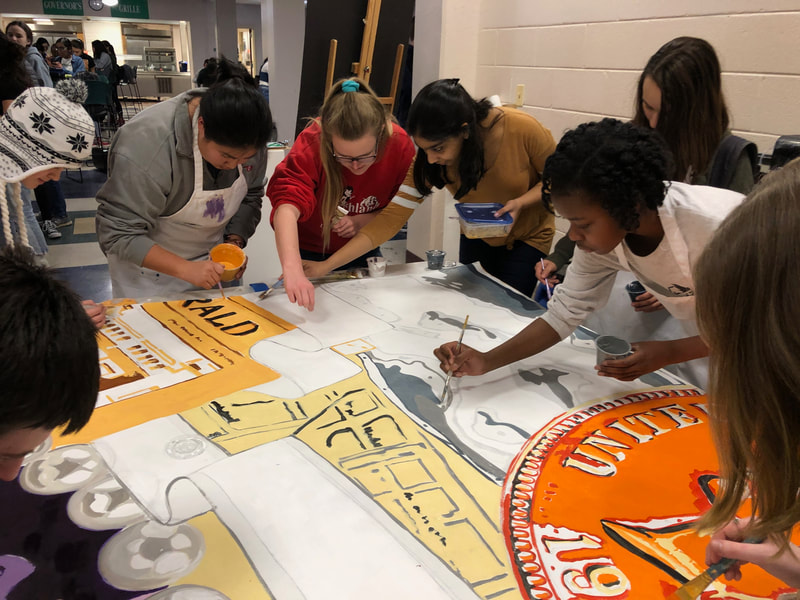 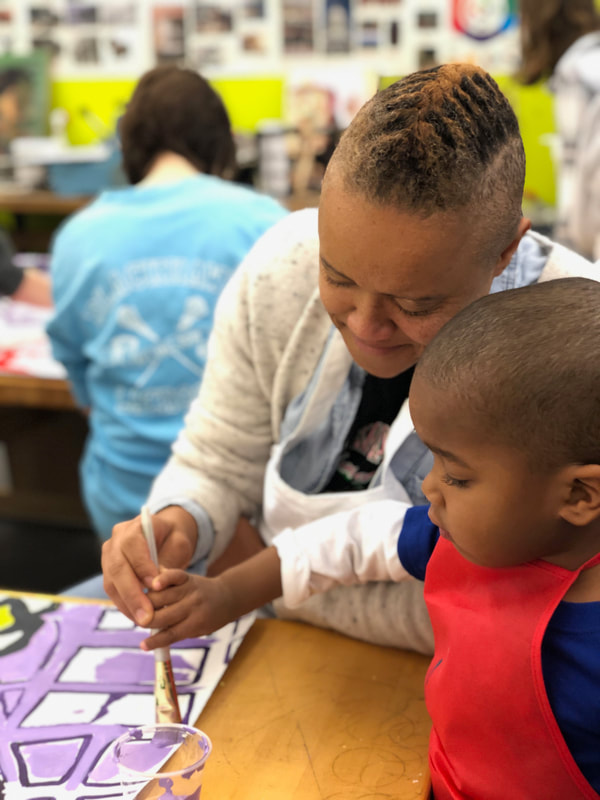 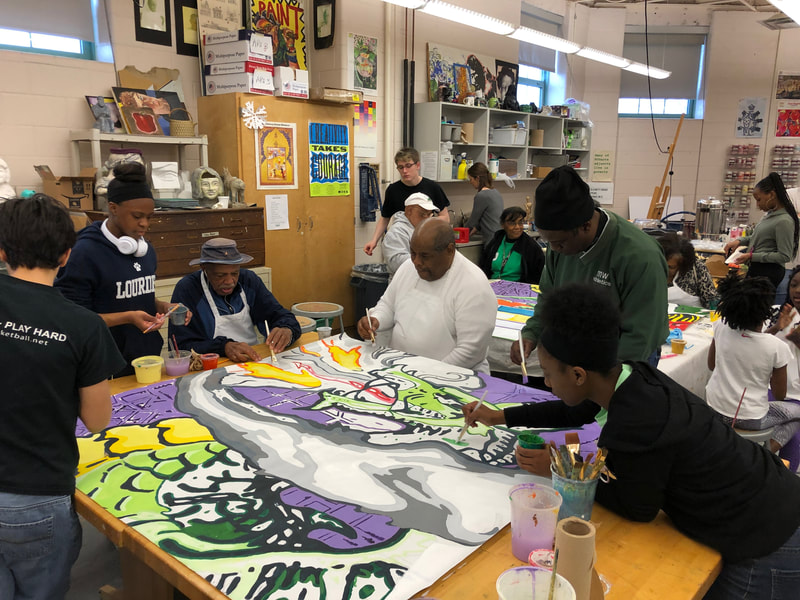 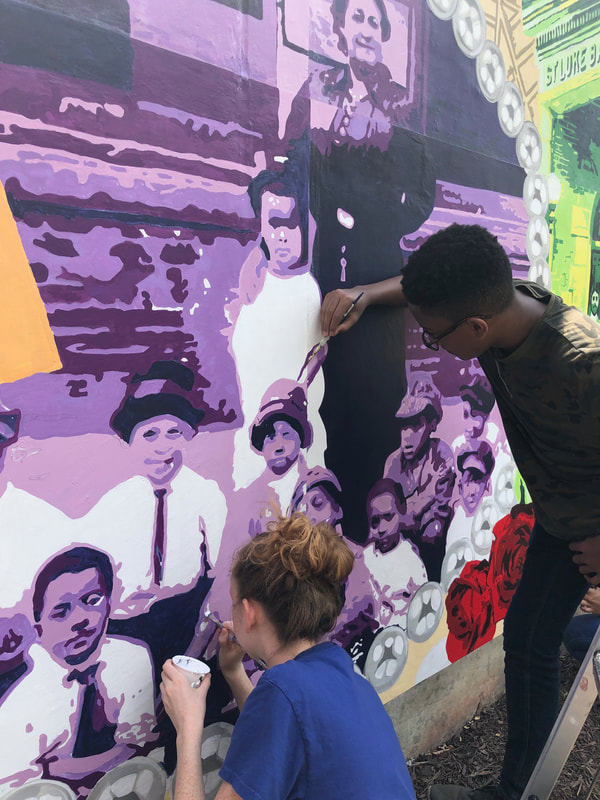 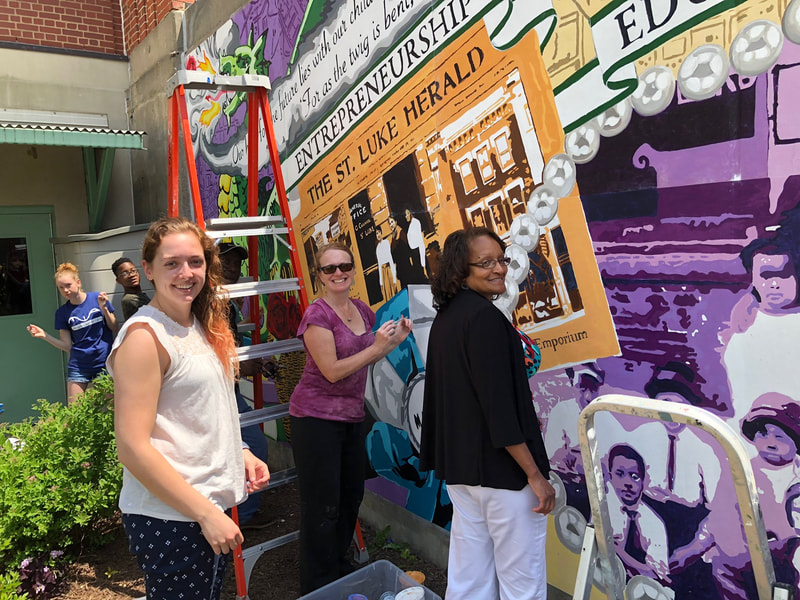 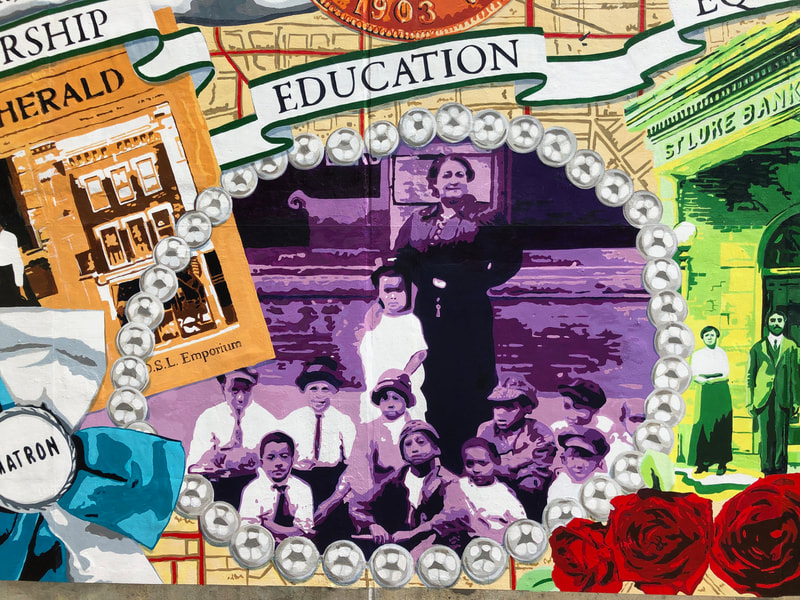 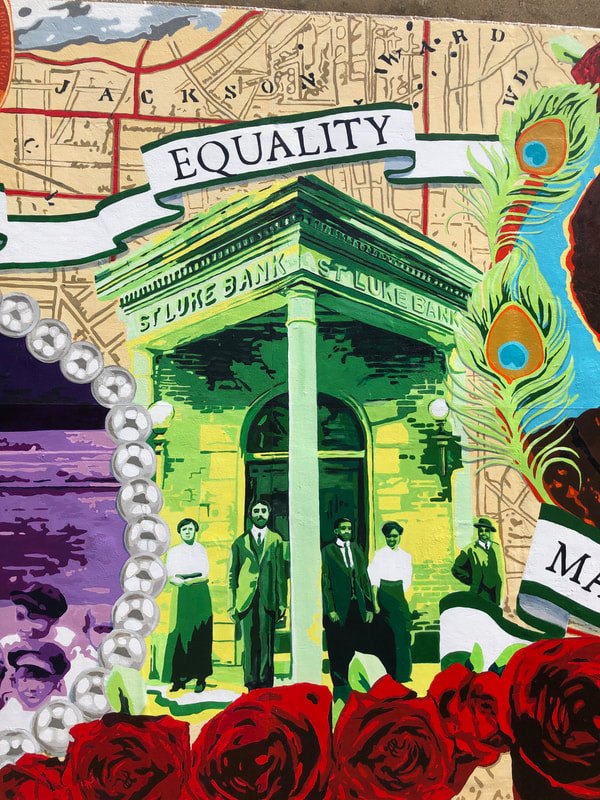 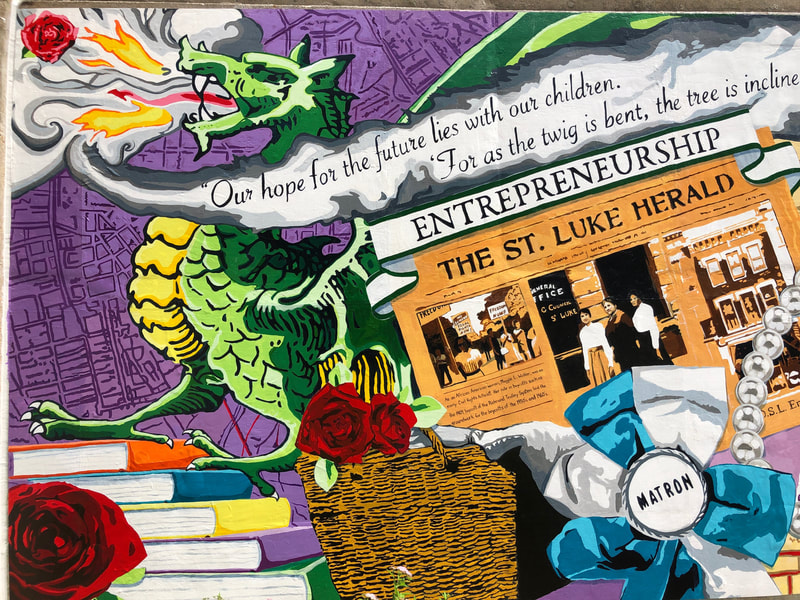 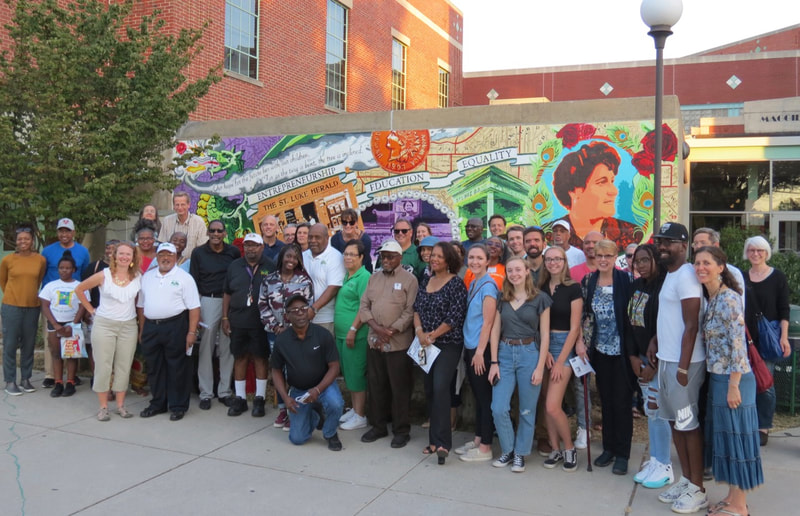 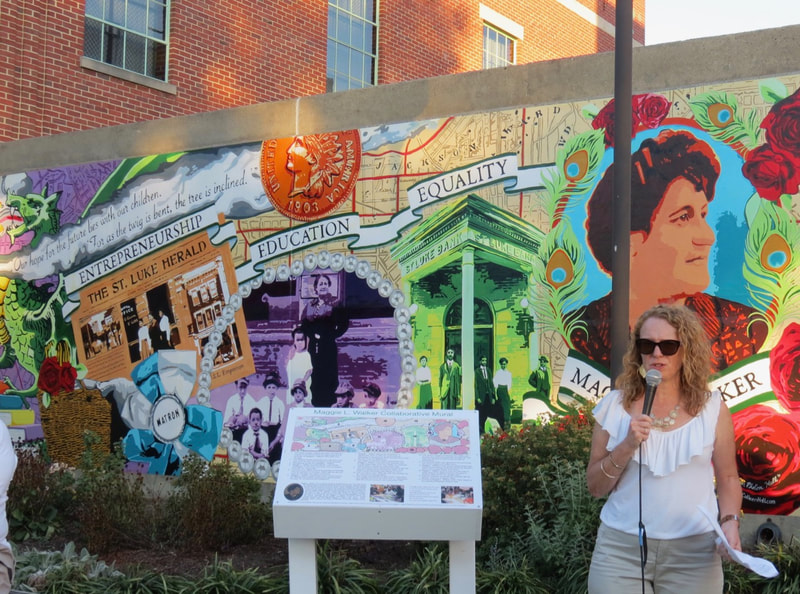 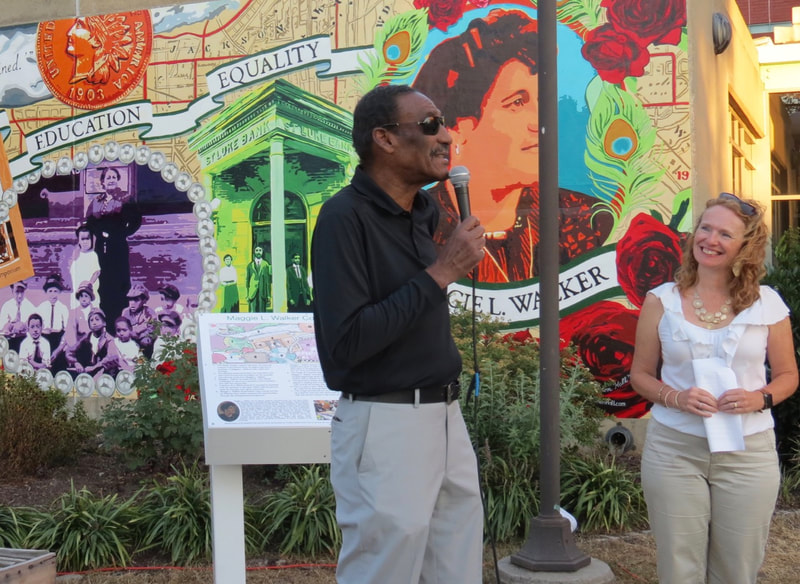 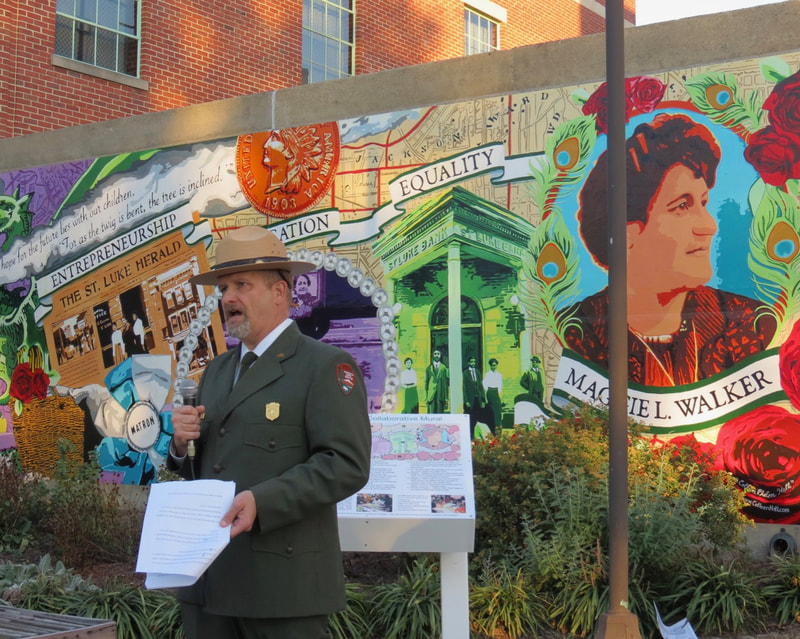 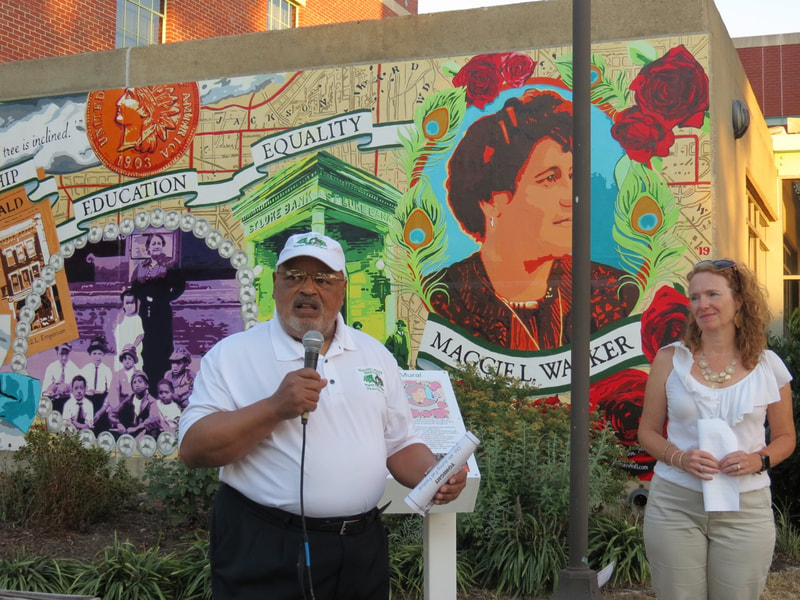 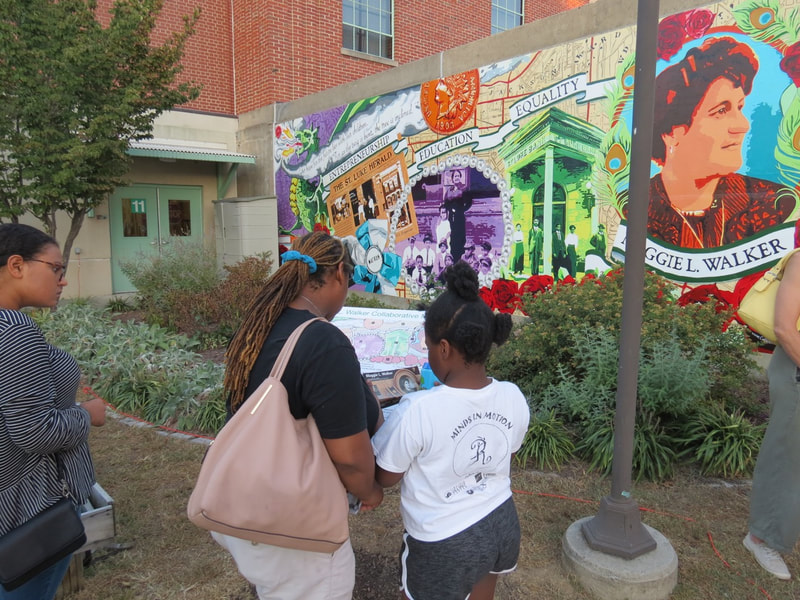